The Trans-Anatolia Gas Pipeline (TANAP), the gas pipeline project that will carry Azerbaijani natural gas to Europe through Turkey, will create 5,000 jobs in 21 provinces in Turkey, the energy minister has said.

Speaking to reporters on Feb. 28, Energy Minister Taner Yıldız said the TANAP was slated to be carried into effect as of 2018 and would create employment in the cities it will pass through and for the domestic steel pipe makers that will take part in the project.

Yıldız said the total amount of investment planned to be poured into the pipeline is around $45 billion, nearly $30 billion of which will be injected into construction at production sites over a four-year construction period, expected to be started in 2015.

Local steel pipe makers, who have been struggling with tough trade conditions abroad, have pinned their hopes on the project.

The Turkish part of the pipeline will require approximately 1,800 km and approximately 2 million tons of steel pipes. Six of the 18 steel pipe suppliers involved in the project are from Turkey.

The TANAP is planned to carry 16 billion cubic meters (bcm) of gas from Azerbaijan’s Shah Deniz II field in the Caspian Sea, one of the world’s largest gas fields.

“We have two hats in the TANAP pipeline: A carrier and a consumer,” Yıldız said.

The energy-hungry Turkey will receive six bcm of natural gas, while 10 bcm, equal to about 1.5 percent of Europe’s total consumption, will flow to Europe.

In his remarks, Yıldız also noted that Turkey wants to wrap up the talks aimed at increasing its 20 percent stake in the project to 30 percent by mid-April.

Azeri energy giant Socar currently has an 80 percent interest and Turkey the remaining 20 percent, but British Petroleum (BP), one of the partners of the Shah Deniz II field, had also said it will buy 12 percent of shares from Socar. Yıldız said Turkey was currently in touch with BP over the issue. 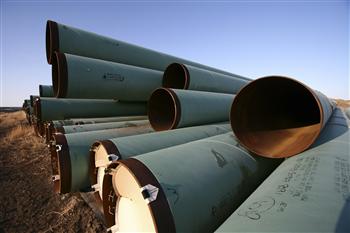