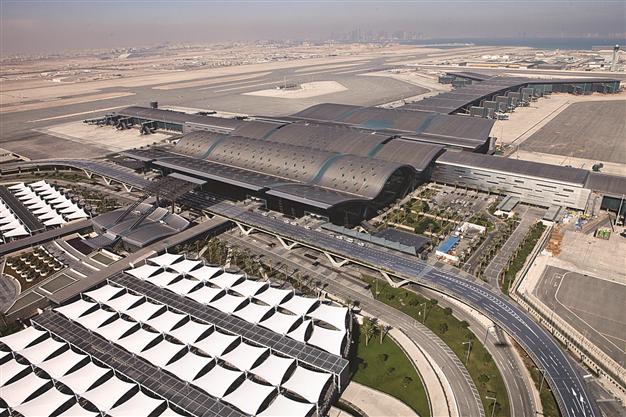 TAV Construction has undertaken $11-billion worth projects in the region.

Turkey’s TAV Construction has been named as the “Best Airport Contractor of the Year” at Emerging Markets Airport Awards, championing among top players of the aviation sector.

The contractor that has undertaken $11-billion worth projects in the region has been the awardee during a ceremony held in the United Arab Emirates (UAE) capital of Abu Dhabi.

Emerging Markets Airports Awards are one of the most prestigious awards given to firms which stand out with their products and service quality in regions where airport investments are rapidly increasing, such as the Middle East, Africa, South Asia, Russia and CIS countries, the company said in a press statement released to announce the achievement.

“We are very proud to be chosen as the best airport contractor of the year in a region where the largest volume of airport investments is currently made in the world,” TAV Construction Middle East Director Yusuf Akçayoğlu was quoted as saying in the statement.

“We are one of the most successful Turkish contractors in the Gulf region with projects of a total contract value of approximately $11 billion, including the Hamad International Airport Passenger Terminal Complex in Qatar and the Abu Dhabi International Airport Misfield Terminal Building Project,” he also said.

Organized by Arabian Reach, the Fourth Emerging Markets Airports Awards were presented to winners in 23 categories.

Last year, TAV Group CEO and President Sani Şener was nominated as the “Airport Professional of the Year” in the event which brings together airport professionals operating in the aviation, space, cargo and logistics sectors, while İzmir Adnan Menderes Airport, built by TAV Construction, was selected the Best Airport in Ecological Innovation category.