We are going through a couple of cold days again. It looks as if spring is playing a game with us; first, it makes us happy with a couple of beautiful sunny days and then, all of a sudden, big black clouds, the temperatures drop and I am getting directly back in my winter psychology again. But I tell you; all of a sudden spring (or should I say summer) will be there and makes us long for ice-cold soft drinks and ice cream. Our fridges will have to work all around the clock to satisfy our needs and especially to combat the hot long summers in Turkey. Last year, I decided to buy a second fridge. Nowadays we live with all our luxury and technology and, for me, that is quite fine, but the problem is that we take things for granted. If you live in a house without a generator and suddenly an electricity cut happens, you are directly faced with uncountable problems. One of them is the refrigerator. We cannot live without it anymore, but has it always been like this?

All around Turkey, you can find traces of how people used to deal with high temperatures and at the same time the need to keep food or your house cool. But there is one area in Turkey that beats all the other ones: Cappadocia…

While walking in one of the many beautiful valleys of Cappadocia there was this little “café” that sold delicious fresh orange and pomegranate juice. I was so thirsty that I drank at least three big glasses of it while having a chat with the guy running the place. I told him I was surprised to find this café in the middle of nowhere because, most probably, he would not get many visitors here. His answer surprised me a bit. He was very happy with this location. So many thirsty walkers passed by, sat down and used to order some beverage. The oranges came from Ortahisar he told me. I was a bit puzzled, I have never seen any orange trees in Ortahisar, but it turned out that the oranges were stored there in big fridges. If I wanted, he could get me in touch with someone who has such a storage space because it might be something that would surprise me. A bit surprised about what might be the interesting thing for me to see I noted down a telephone number of someone and promised my friend that I would go there.

In Cappadocia, fridges are not some high-tech machines slowly developed after people started using fridges for their households around 100 years ago. In Cappadocia, people used fridges hundreds and hundreds of years ago. I think it has been an obvious continuation of improving quality of life in a very harsh environment. As you know, Cappadocia’s weather conditions are very hard: burning hot summers and very cold winters. So how did people survive there, how did they store their food? Everyone who has visited Cappadocia during the summertime has experienced the surprising coolness when entering one of the thousands of fairy chimneys. Outside, it can be as hot as 35 degrees, but inside it is most probably at least 10 or 15 degrees cooler.

A promise is a promise, so I went to Ortahisar to see the man who could show me his fridge. When I arrived at the place where we would meet, I was surprised to not see any modern (and generally very ugly) concrete buildings. Instead, there were many small rusty doors in the hill slopes.

In and around Ortahisar, you might be surprised to see something that looks like chimneys sticking out of the hills. Basic aluminum pipes, sometimes stone chimneys, but those things are spread all over the hill slopes. These are the ventilation systems for the natural fridges of Cappadocia and have become so popular that big companies use this ancient “technique” as well. The principle is very easy; Dig a cave and put your veggies or fruit in it.

To put it this bluntly does not show any respect to the people who used to make those caves. It was an incredible job to make those caves. I have seen caves that were made in 1963, 1954 and there are even many older caves. Some of the older ones have collapsed, but the ones made during the second half of the twentieth century are still in use. Without any machines, just some hand tools, people started digging a narrow tunnel in the hill slope. Slowly they went to the place that would be the middle of the cellar, after which they started working on the size of the cave. Big columns divided the cellar, giving it strength and once this job was done, it was time for the most important part of the cave: the ventilation system. Above the ceiling, an ingenious labyrinth of tunnels was made to create natural circulation of the air inside the cave. Those tunnels are so narrow that it would not be possible for me to fit in (think about it, people had to dig this with nothing more than a small pickaxe). But once this job was finished, the master had made yet another perfect natural fridge. Fruit being stored in those fridges can stay there as long as nine months, a perfect amount of time for the people who grow oranges, pomegranates, lemons or grapefruit. 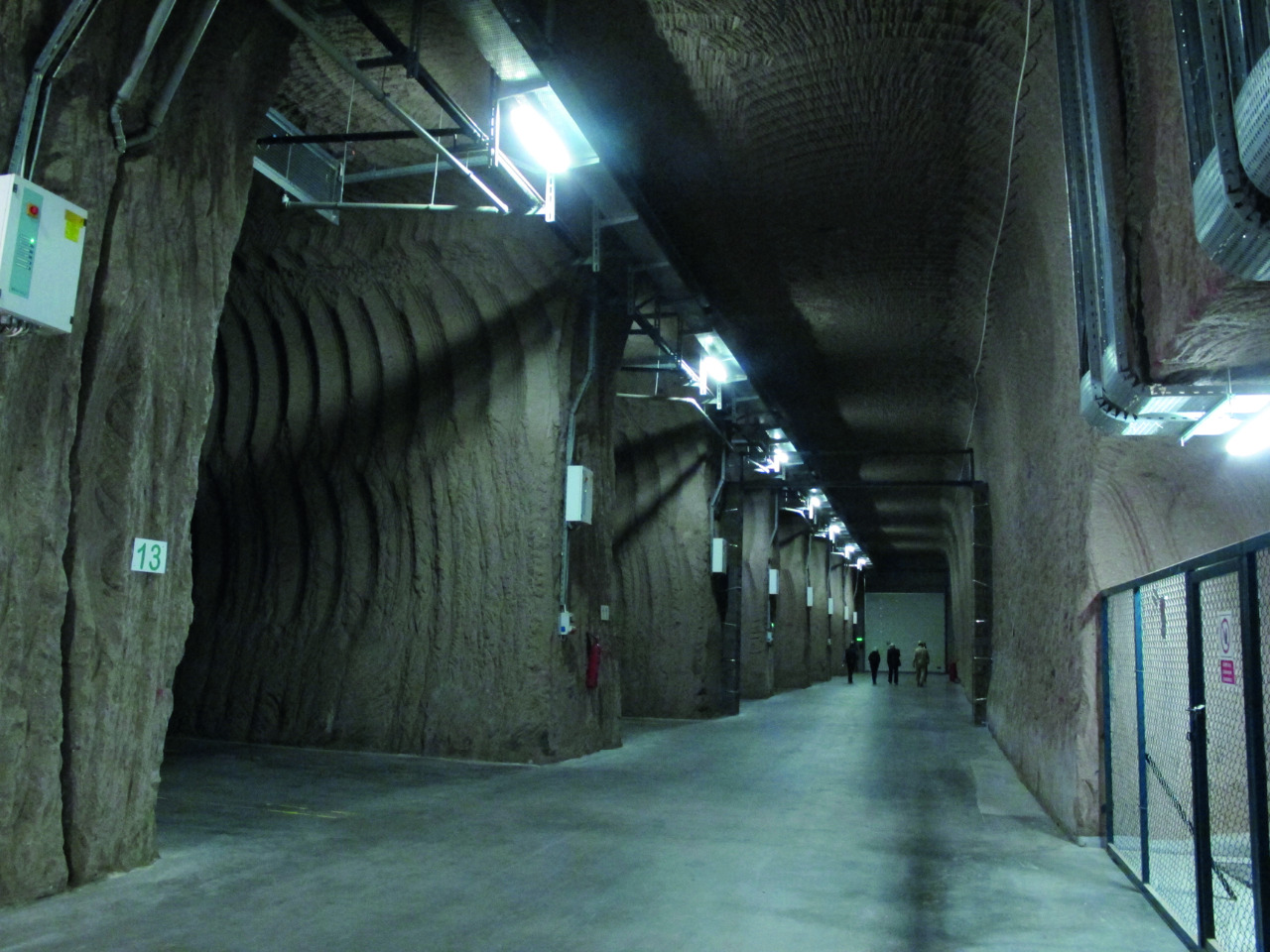 It was cold in the cave; the average temperature during the summertime can be as low as six degrees, while during wintertime, when it is very cold outside the temperature may rise to 12 degrees. Within five minutes of being in the cave I was shivering. Just one or two light bulbs shone light around the cave. Oranges like a dark and cool storage place. The ceiling was not very high, but everywhere there were the traces of the man who, 50 years ago, went with his pickaxe to this hill and started digging. I noticed something strange near the entrance, something that resembled a grave. It turned out that this was the place where, during the summertime, the water that would come out of the rocks was collected. The smell of oranges was incredible and, the second big advantage of those fridges, the longer the orange stays in the cave, the better the quality will be. In the beginning, the skin is quite thick, but after seven months the skin will be thinner and the orange will be juicier than ever. Hundreds of crates were piled up in this little cave and the owner of the cave checked the quality of the oranges by picking some of the oranges one by one and, without actually touching the orange, looking for irregularities.

The system is so reliable and perfect that even big (and when I say big, I mean really big) companies moved their warehouses from Adana to Cappadocia. It is in the countryside near Kaymaklı that I find the 21st century version of Cappadocian fridges. No hand-made warehouses this time, but big, dug by machines, natural computer controlled fridges. A cave as big as four football fields has been turned into a potato storage room. To store their potato’s here will save the company 90 percent (!) of the electricity costs.

Working with the latest technology coming from counties like the Netherlands and Scotland, more and more firms are coming to Cappadocia to store their products. In times where electricity is anything but cheap, it’s a very clever move. A countryside that is harsh and dry and hot like Cappadocia is being turned into one giant natural fridge. 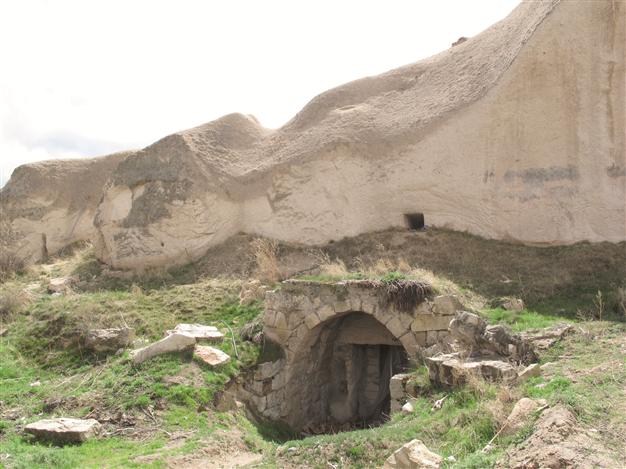 An increasing number of companies from beyond Turkey are coming to Cappadocia to make use of the cheap storage options offered by the natural refrigerators.