Century-old house in ancient city of Stratonikeia to become museum 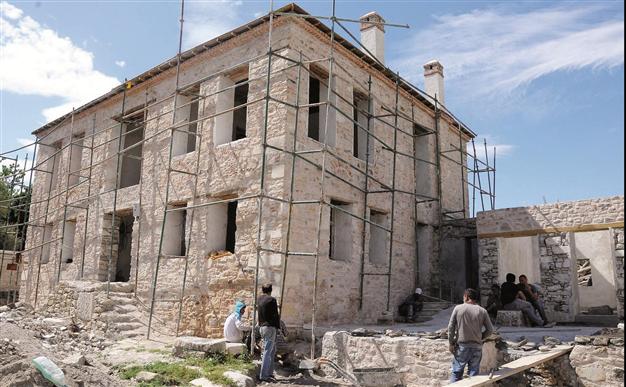 Significant artifacts unearthed in the ancient city will be displayed in the museum.

The Hasan Şar House, a century-old building that has served as an excavation house and museum depot in the ancient city of Stratonikeia in the western province of Muğla’s Yatağan, will be restored by the Muğla Municipality and turned into a museum.

The historical structure was the house of an agha in the 19th century but will now regain its magnificence when restoration work is completed in August. Significant artifacts unearthed in the ancient city, which is 3,000 years old, will be displayed in the museum.

Head of the Stratonikeia excavations, Professor Bilal Söğüt, said the ancient city was home to Turkish-era artifacts that have been preserved as well.

Some of them are agha houses, he said, noting that among the ancient cities, 19th-century agha houses only existed in Stratonikeia.

Söğüt said the Hasan Şar House was located at the center of the ancient city and close to the parliamentary building and three other agha houses. “The vicinity of the house has a unique historic tissue,” he added.

“Hasan Şar was the son of a servant in the house. He married the daughter of Murat Ağa after a difficult process because nobody approved of the marriage. This marriage was a fairy-tale like love story. Şar and his wife, Zahide Hanım, lived in this house. There is also a song written for this house, which is very important for Eskihisar village, where the ancient city is,” Söğüt said.