Homepage > Ballet on life of sultan to premiere in Antalya

Ballet on life of sultan to premiere in Antalya

The Antalya State Opera and Ballet (ANTDOB) will stage a new ballet work, “Murad V.” The libretto of the show was written by musicologist Murat Arıcı and the choreography was conceived by Armağan Davran and Volkan Ersoy.

The ballet will be on stage at the Haşim İşcan Culture Center on Feb. 15 and 18.

The show was first promoted last year in Istanbul. “The Murad V ballet is a very important turning point following a number of works recently completed by the Ankara State Opera and Ballet, State Opera and Ballet General Director Rengim Gökmen said, adding that the company had been making new works for the past 64 years.

He was born in Istanbul’s Topkapı Palace. His father was Abdülmecid I and his mother was Valide Sultan Shevkefza.

Murad V became the sultan when his uncle Abdülaziz was deposed, but he reigned for only 93 days before being deposed on the grounds that he had mental problems. The sultan was known to be highly influenced by French culture. He died at Çırağan Palace and was buried in Istanbul on Aug. 30, 1904. 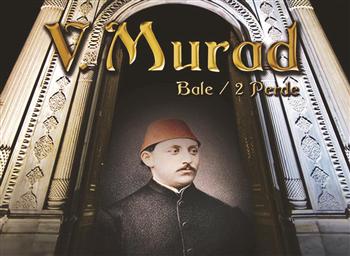 The life of the Ottoman sultan Murad V is deatured in the ballet ‘Murad V.’