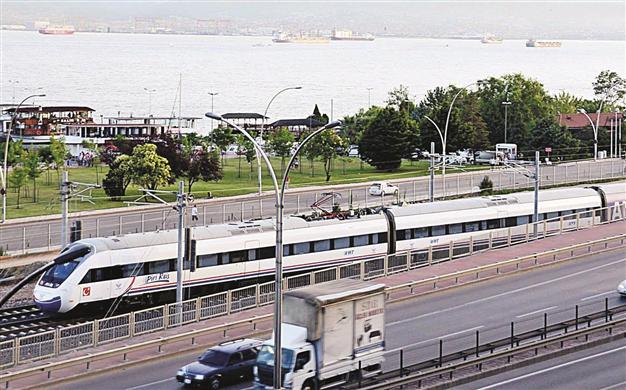 The long-awaited high-speed railway line between Ankara and Istanbul will be opened on July 11, Transport Minister Lütfi Elvan said on July 2.

The opening of the line, which was postponed in May after signaling cables were cut and stolen, will cut the journey time between the two cities to three and a half hours. It currently takes around six hours by road.

The train will be capable of reaching speeds of up to 250 kilometers an hour. There are currently two high-speed rail lines in Turkey, between the cities of Ankara, Konya and Ankara-Eskişehir, all central Anatolian provinces. There will be 10 stops on the line, Ankara, Polatlı, Eskişehir, Bozüyük, Bilecik, Pamukova, Sapanca, İzmit, Gebze and Pendik.

A test run of the railway line was successfully completed said Elvan. Turkish State Railways had announced in January that it would invest almost half of its 2014 budget (1.8 billion Turkish Liras) into high-speed trains, as part of a wide array of construction projects planned for Turkey’s founding anniversary in 2023.