Homepage > Fueling the Ottoman empire with what lies beneath: Coal

Fueling the Ottoman empire with what lies beneath: Coal

Coal was discovered in the Ottoman Empire relatively lately, but administrators soon started extracting it in a move toward industrialization 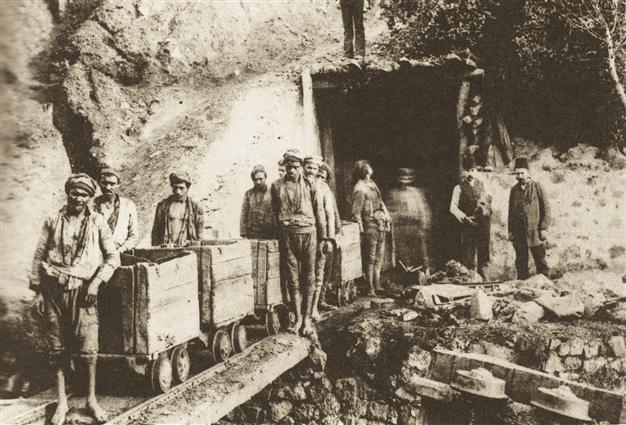 The coal that was being mined during the interval between 1829 and 1858 came from a number of small privately owned mines that had sprang up.

Sometime before 1829, Sultan Mahmud II (r. 1808-1839) sent forth a decree throughout all the lands of the Ottoman Empire offering to award anyone who could discover coal. As the story goes, Uzun Mehmed served in the Ottoman naval yards in Istanbul where he and others were exposed to the use of coal on ships. When he was discharged, he was told to report if he found coal in his home village.

Uzun Mehmed duly went home to his village near Zonguldak on the Black Sea coast and set about farming. In September 1829, he took a bag of millet to be ground at the local mill where he had to wait overnight. He lit a fire to keep warm and noticed that the nearby rocks had begun to burn – Turkey has many rich veins of coal near the surface, although unfortunately soft coal. He realized that this was the coal the sultan was seeking. So he collected a bag full and took it to Istanbul where various officials ascertained that the coal was real.

Uzun Mehmed was received by the sultan and duly rewarded with money and a lifelong pension which he didn’t live long to receive because he was murdered shortly afterwards. The murderers were never caught although it was thought that they had been sent by a nearby landowner who was angry that the coal hadn’t been discovered on his land. The unfortunate part of the story’s ending is that the sultan never transferred the lifelong pension to Uzun Mehmed’s widow and children.

The earliest coal extraction is found in China and has been dated to sometime after 3490 B.C. It consisted of surface mining to meet household needs. In the Middle East and Anatolia in particular, mining started much earlier, around 9000 B.C. with the exploitation of copper. Eventually this spread to other metals such as gold and silver. When it came to coal mining, this may have started in Anatolia in some areas where there no longer were trees to provide building materials and firewood or charcoal.  Only at the beginning of the 19th century did the need for coal to fire the Ottoman fleet and steamships in general become important. Expensive coal had to be imported at great expense to the Ottoman budget, hence Sultan Mahmud II’s announcement of a reward for the discovery of coal. 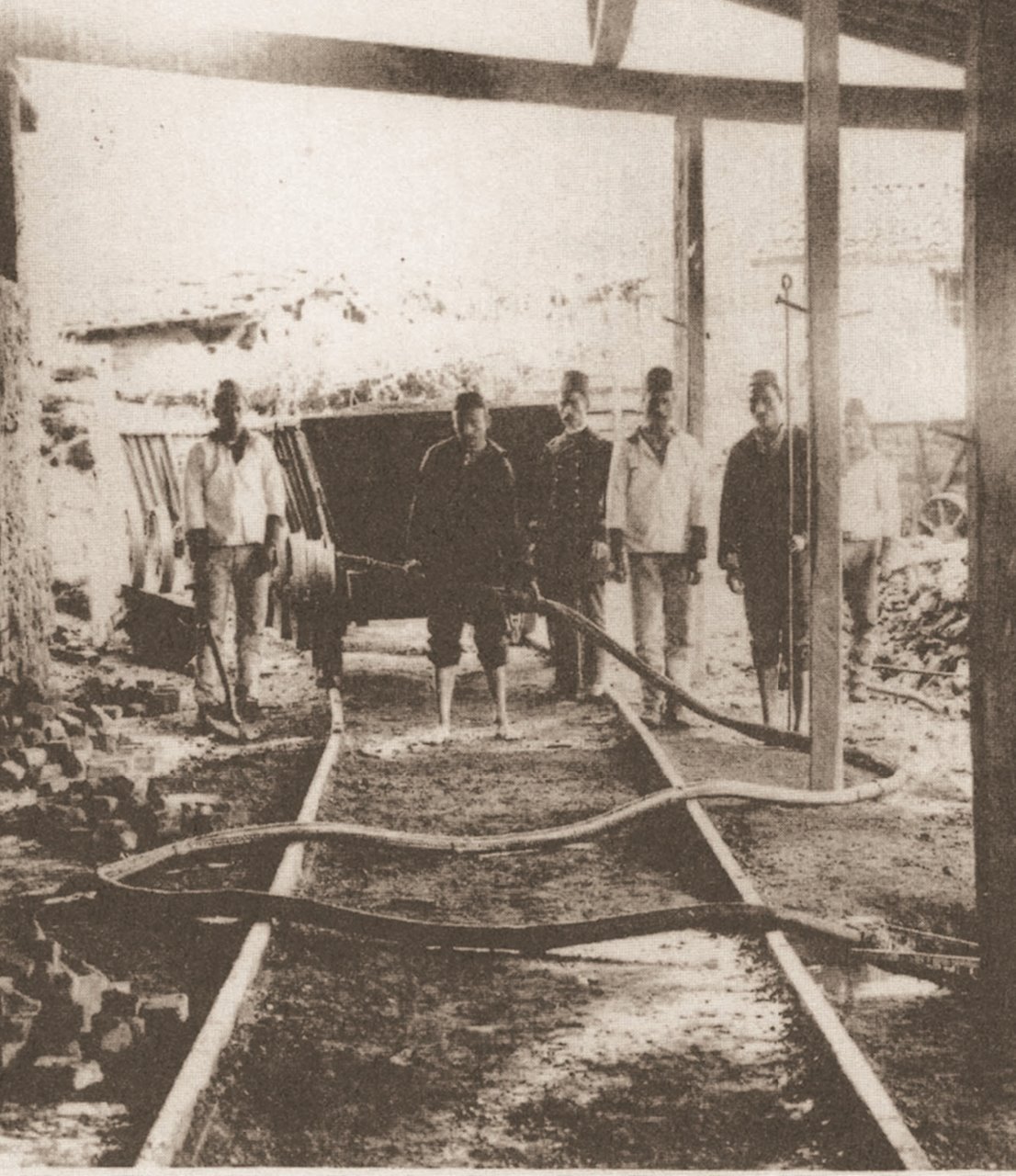 Although Uzun Mehmed made his discovery in 1829, it wasn’t until the late 1850s that the Ottoman government turned to the matter of how to exploit the find. Basically under shariah law, a traditional source of revenue for the government was the mining tax. The state treasury took one-fifth of all the produce from the mines throughout the empire. The mines on state lands were overseen by paid agents or by tax farmers.

“According to the Land Law of 1858, all newly discovered mines belonged to the state regardless of who possessed the land on which they were located, but the Imperial Treasury had to pay compensation if the exploitation of the mine prevented the landowner from fully exploiting his holdings for agricultural purposes. Mining operations were codified in July 1861, and supplanted in April 1869 by a new regulation based mainly on the French Mining Law of 1810, which divided all mines into categories – basic mines, surface mines, and stone quarries – with the concessionaries being required to provide from 1 percent of the minerals extracted from the former to 5 percent of the latter, according to the difficulty and expense of extraction and the profits derived from the result, in addition to the annual fees imposed for the permit and land rental,” (Shaw and Shaw, “History of the Ottoman Empire and Modern Europe”).

The owners of mines on private land were allowed to exploit and develop them while the mines on state land were available for lease since the state lacked the capital and knowhow to do the job itself. In 1887 a Department of Mines was established which could issue mining concessions lasting from 40 to 90 years.

The coal beds extended east and west from Zonguldak, an area of thickly forested hills and mountains. Streams cut through the mountains and flowed into the sea, exposing veins of coal. The coal that was being mined during the interval between 1829 and 1858 came from a number of small privately owned mines that had sprang up. The earliest mines were operated under very primitive conditions, just holes in the ground and close to the shoreline where the coal could be loaded directly on to ships. The only transport was by mule, horse and buffalo until the 1850s when the first railroads appeared during the Crimean War. Coal chutes began appearing at about the same time.

Zonguldak was far from being an ideal port since the harbor was small and caught the west wind directly. It wasn’t until around 1895 that a jetty began to be constructed at the order of the sultan which would replace the small loading dock there. Elsewhere the coal would be brought on chutes which discharged right into small boats that would take the coal to a waiting ship. The coal would be shoveled into wicker baskets, which were in turn unloaded into the ship’s hold.

“State, not private, initiative played the crucial role in the early development and exploitation of the coalfield. Sustained government efforts to develop the mines, however, started only in 1865, as the Marine Ministry began its … supervision of the coalfield. Until then, administrative responsibility for the mines had drifted uncertainly within the state apparatus, and apparently there were very few state regulations overseeing mine operations in the area. The mines remained under the competence of the Marine Ministry until 1908, (“Donald Quartaert, “Miners and the State in the Ottoman Empire”). 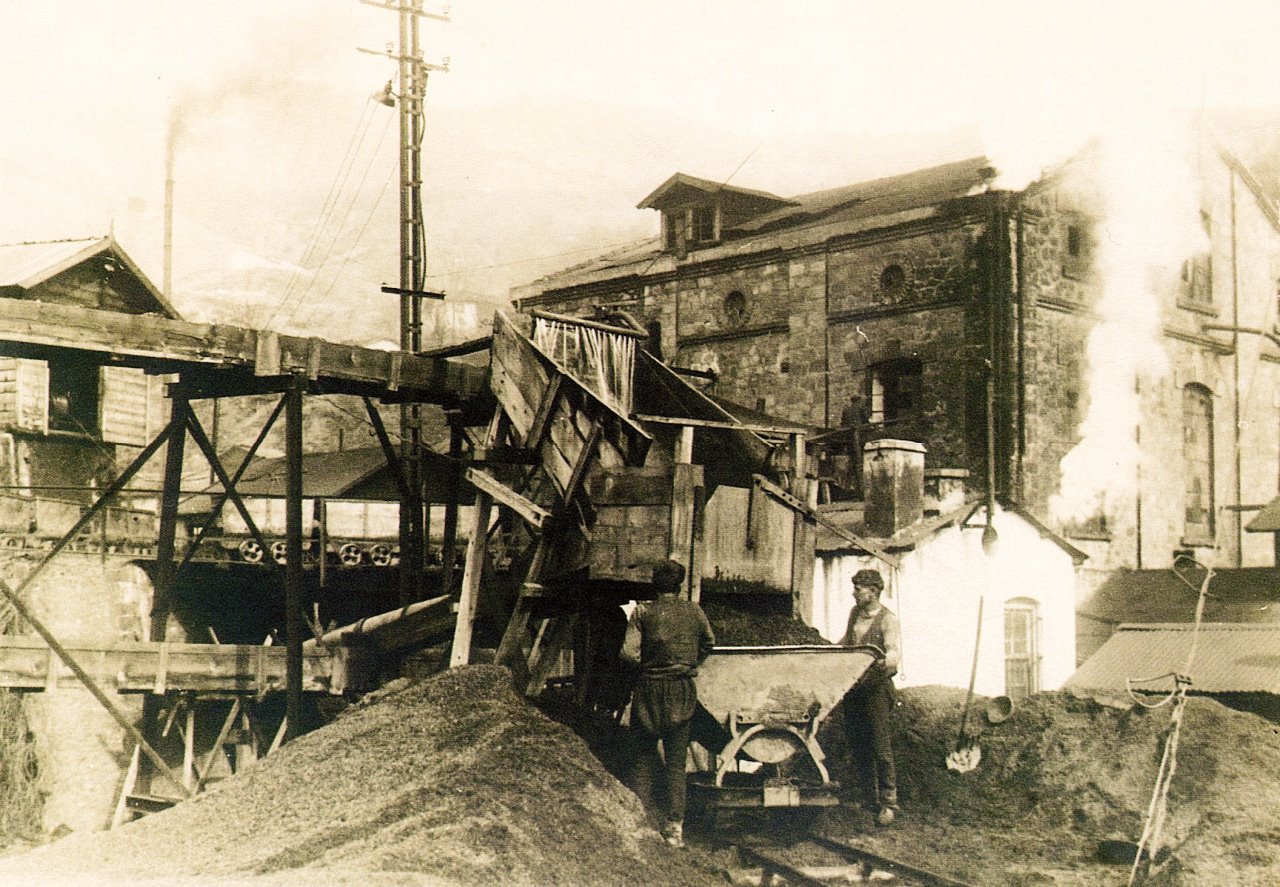 It soon became clear that foreign investment in infrastructure would be needed. Although the Ottoman government first tried out investments from private Ottoman subjects, it ultimately settled on engaging an English company involved and, later, French money. Following the Young Turk Revolution of 1908, the coalfield’s administration was turned over to civilian control. Over the years, many improvements were made in infrastructure, including a mechanized port facility. Railroads and aerial tramway systems were added.

“Work conditions overall continued to be poor. Accident rates remained horrific and likely worsened as the mines went farther and deeper into the earth,” Quartaert said. It seems some things don’t change, as despite all the changes to mining infrastructure over more than 100 years, the Soma mine disaster on May 13 still managed to occur.